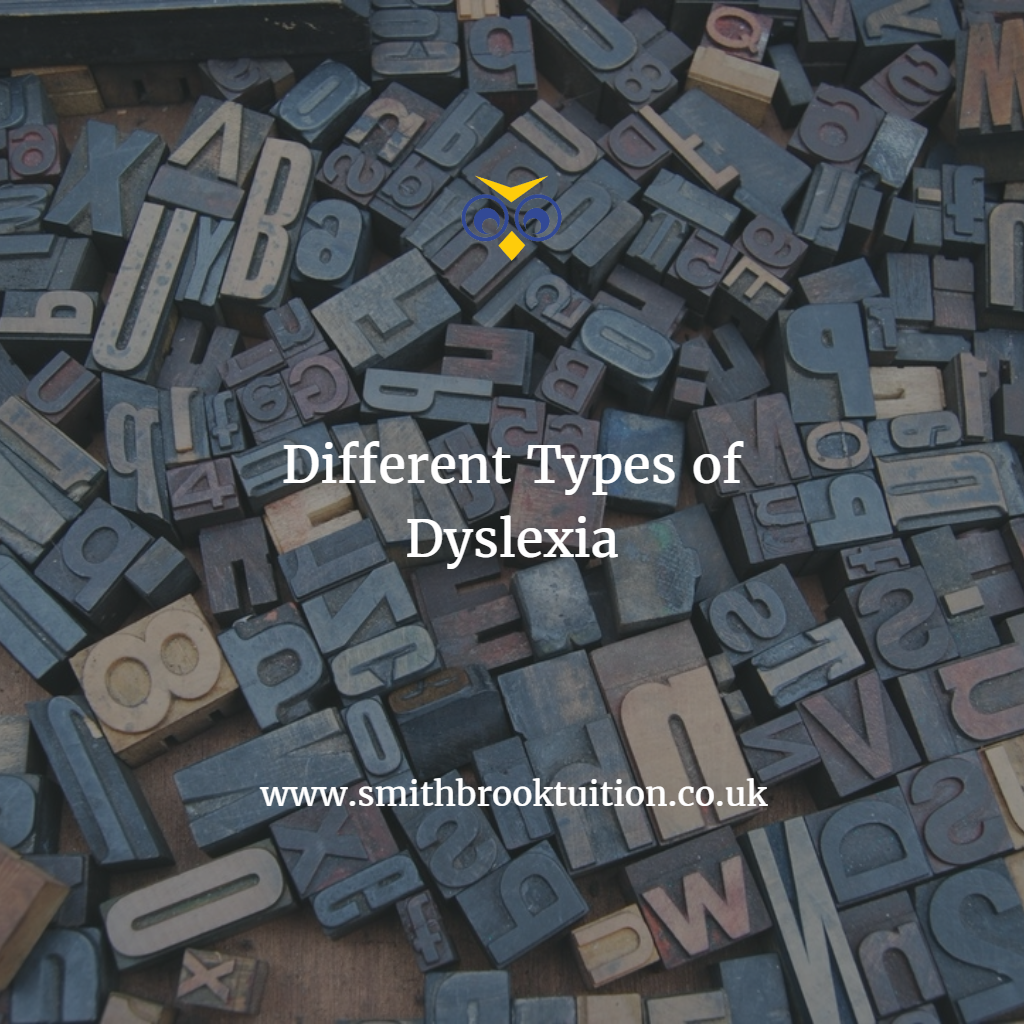 There are many different types of dyslexia that can affect people. People can suffer from one or multiple forms that hinder the learning process and often make reading, writing, spelling and memory problematic.

It is important to remember that severity differs from person to person and specific teaching methods have been developed to help dyslexic students.

The most commonly recognised forms of dyslexia are phonological, surface, rapid naming, double deficit and visual.

Dyslexia is not a sign of a someone’s intelligence. In fact, dyslexics can often be highly intellectual creatives that struggle to express themselves due to poor literacy skills. You make be shocked that someone with an impressive vocabulary is unable to present it in writing. This may be due to the fact they have trouble recalling how to write uncommon sounds in a word, or can’t remember sequences of letters quickly.

What is Phonological Dyslexia?

Phonological is what most people think of as dyslexia. It is when people struggle to break down sounds of a language and then apply them to written symbols.

People with phonological issues find it difficult to decode words, this is because they are unable to pick out the individual sounds of a word.

Decoding words is particularly important when learning to read as you break down words into an individual letter or sound.

In the English language, this becomes particularly challenging when working on words or sounds that have got multiple spellings.

Phonological dyslexia is often associated with, and reflected in, people with reading issues.

What is Surface Dyslexia?

Surface dyslexia makes it hard for people to remember full words by sight. It is when people have difficulty processing words once they are past the initial decoding stage.

Some words need reading by sight, especially when they do not sound according to their spelling, such as the word debt. The trouble arises when there are no clues to the sound of the word.

This can also give people trouble when recalling irregular spellings and even results in needing more help to recognise common words.

Very often you will find that surface is combined with phonological dyslexia.

What is Rapid Naming Deficit Dyslexia?

Rapid naming deficit dyslexia is when a person is unable to quickly name letters and numbers.

It is particularly problematic when needing to name multiple things in a row. For most people this process is automatic, but for people with rapid naming troubles, it can become a tiring, manual process, a bit like learning to drive a manual car compared to an automatic.

Experts believe it could be a problem with processing and reading speed.

What is Double Deficit Dyslexia?

Dyslexic students who suffer from this can be quite challenging to assist as it combines trouble in decoding words and efficiently naming numbers and letters.

What is Visual Dyslexia?

Visual dyslexia refers to many things related to unusual responses to looking at words.

Often, it can present as difficulty in remembering what a word looks like. The brain is not receiving the full picture, because of poor visual processing.

This generally means that a person struggles to remember what he/she has read or looked at on a page.

Visual dyslexia can stop people creating letter shapes and mastering spelling, as it is hard when they are unable to recall letter sequences.

Many dyslexic people find it hard to differentiate between their left and right when it comes to directions.

People often have multiple types of dyslexia and severity can range quite dramatically from person to person.

Everyone has specific challenges to overcome

You might hear the phrase ‘maths dyslexic’ from time to time. This is generally not thought of as a form of dyslexia, rather it is called dyscalculia.

9 Inspirational People With The Gift Of Dyslexia